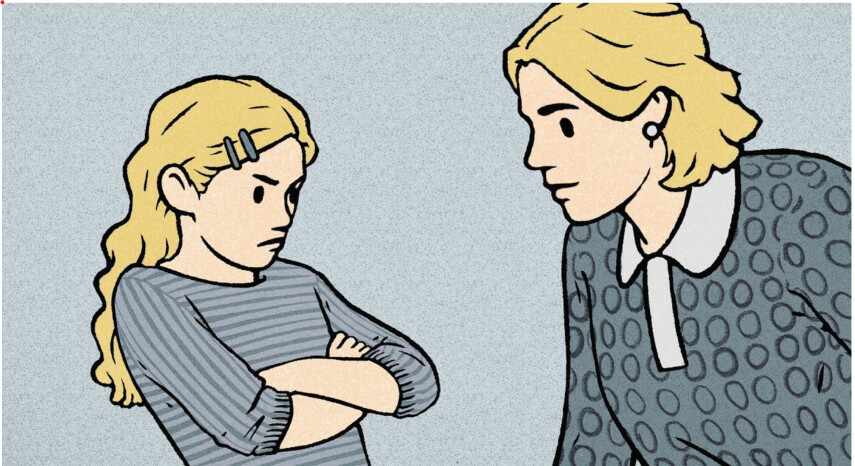 How The Rod Can Point Children To God, Tilley Dillehay

What’s Up With The Trinity?

“God is like a person’s roles: The same person can be parent and child; boss and coworker”

“God is like a three-leaf clover: each leaf is a different aspect of the same person.”

You’ve probably heard at least one of these. You’re probably already thinking of the flaws in each of these analogies as well. Water can’t also be ice at the same time — let’s ignore the “triple point”, though, I suppose. A person in different roles is still just one person, not multiple people.

We err into fallacies like “modalism” (the three persons of God don’t exist at the same time), “Arianism” (Jesus was created and not co-eternal), polytheism (God isn’t actually one), and so on.

If we approach this as a logic puzzle, it seems we have to reconcile at least the following: (1) God is one; (2) God is three distinct persons; (3) Each person is fully God, not partially; (4) The three persons co-exist for all eternity past and future.

I’ve even heard people resort to quantum physics, saying a particle is in multiple places at the same time. Ignoring the fact that isn’t the most accurate portrayal of quantum wavefunctions, can I just suggest that we might be over thinking this? The Bible was made to be read, heard, and understood by the common people, not scholars.

To some of us, this may not be a big deal, but to many (Muslims for example), this is often the single greatest struggle with Christianity. Does the idea of the Trinity contradict the belief in one God? Let’s dig in.

While there are always mysteries we don’t know enough to unravel, I think there’s more to understanding the Trinity than we realize.

If you recall the list of things we need to reconcile, most churches end up with theological statements that basically just reiterate that list in some form: something to the tune of: “We believe that God is One, existing eternally in three persons — Father, Son, and Holy Spirit — sharing equally in essence, power, glory, and perfection.”

I mean, the statement is true, but to be honest, it lacks the beauty of what I read in John 17 or at Jesus’s baptism.

What if instead, I were to describe God this way? “God exists as an intimate community of diverse people who are so knit together in love, they are inseparable in every way.” This relational unity is so significant, they are of the same mind, the same desires, the same essence, the same everything. They are united so completely, they can only be described as “one.”

The idea of a trinity can be confusing. I mean, I get it. 1+1+1=1. That’s weird. The thing is, the Bible doesn’t describe God with modern logical or mathematical constructs. The Bible presents God in a relational way, using words and imagery that invoke a sense of intimacy, not detached reason.

Could you find a way to describe multiple eternally co-existing, equal entities as a single entity with some bizarre physics? Maybe. Would that be biblical? Honestly, I don’t think it would be.

The first place we get a sense of the idea of a trinity is in some beautiful poetry in Genesis.

So God created man in His own image, in the image of God He created him; male and female He created them.

The structure of this is clear. It describes God having created mankind in his image as having created them as “male and female.” God is imaged well by two diverse, co-existing, equal, intimately united partners, who complement one another in different roles, each longing only to serve and lift up the other. That is far more beautiful to me than a logic puzzle.

The glory which You have given Me I also have given to them, so that they may be one, just as We are one.

God uses His unity as the pattern to describe how we, His people, should be united together in love.

We find the Father lavishing affection and love on His Son and giving Him authority. We see the Son and the Spirit participating in creation. We see the Son constantly (and I mean constantly) talking about His Father and longing to do His will so desperately, it was like eating food and drinking water. We see the Spirit expressing the Father’s love to His Son, empowering Jesus’s miracles, and submitting to Jesus to be sent out.

What if, instead of going to physics or logical analogies to explain God’s unity, we followed scripture’s path and went to relationships instead? What if the unity of God’s three persons is better described by marriage than by water molecules, flowers, or quantum wavefunctions?

The Trinity is meant to change us

Marriage is between a man and a woman, not because of procreation, or it being “natural,” or social structure, or anything of the sort. It is solely to image a God who is a unity of different people.

Men in marriage submit everything in sacrifice for the good of their wives solely because it’s from the Trinity. Women submit everything to help and enable their husbands solely because it’s from the Trinity. The Holy Spirit isn’t less than Jesus by submitting and being sent. Jesus isn’t less than the Father by submitting to the cross.

In the Trinity, the role of headship doesn’t mean power or domineering or control or greater value. It is synonymous with service. The role of “helpmate” doesn’t mean lacking initiative or personality or value or capability or creativity. It is synonymous with service. Same ultimate goal; different role. Same worth; different role.

Each person in the Trinity thinks only of the others. Each forgets self. Each lifts the others up. Each sacrifices for the good of the others. The beautiful Trinity is our example and our empowerment for every relationship we have.

God exists as an intimate community of diverse people who are so knit together in love, they are inseparable in every way. And He’s embracing us into that self-ignoring, others-exalting community, flawed as we are, as family so tightly knit together by love, we can only be described as “one.” Let this inspire you when relationships get difficult.