Is the Bible pro-slavery? 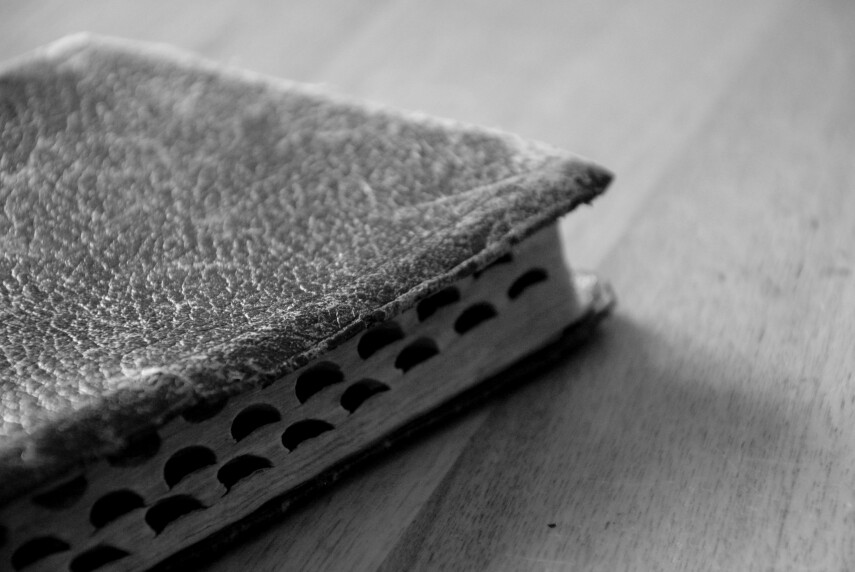 Colossians 3:22-4:1: Bondservants, obey in everything those who are your earthly masters, not by way of eye-service, as people-pleasers, but with sincerity of heart, fearing the Lord. 23 Whatever you do, work heartily, as for the Lord and not for men, 24 knowing that from the Lord you will receive the inheritance as your reward. You are serving the Lord Christ....Masters, treat your bondservants justly and fairly, knowing that you also have a Master in heaven.

Does the Bible promote slavery? That’s the question when we read passages like this. Paul addresses slavery when writing to the Colossians, Corinthians, Ephesians, Timothy, Philemon and Titus. Peter also deals with it directly. The Bible speaks to it directly and often. Even here in Paul’s letter to Colossae, it gets more playing time than what is written to the family.

The simple answer: no. Paul and Jesus both hated slavery and felt we were all equal in stature. The Bible is not pro-slavery. In fact, it was the primary text used when William Wilbeforce fought so hard against the slave trade.

Paul says, “Here there is not Greek and Jew, circumcised and uncircumcised, barbarian, Scythian, slave, free; but Christ is all, and in all.” (Colossians 3:11)

So the real questions is, “why didn’t Paul just uproot slavery? Why doesn’t he call for it’s end?”

Very simply, Paul wasn’t speaking to slavery as we see it today. First centruy slavery in the Mediterranean isn’t the same thing as early American slavery many hundreds of years later.

We have a tendency to lay our current contemporary grids over Biblical stories or ideas, which is why passages like this can be difficult. For certain, our country’s historical slavery is a blight on our past, many of the forefathers we learn about, and many churches at that time as well. Thomas Jefferson owned many slaves, as did Jonathan Edwards for a season. Our country has a bad storyline to it regarding the equality of men. There is no arguing this.

In fact, it’s difficult for us to even say the word “slavery” and envision anything different than the American experience. American slavery was forced, racial, and permanent. This is not the same slavery we see Paul address in Colossians and in other passages. This is why it’s not helpful to read the Bible in a way where we project current understandings backwards in time.

In the first century slavery wasn’t racial in nature. There was racism in the first century, and there was slavery, but they weren’t connected like they wer ein the American experience. Slaves were born in the same locations and looked the same as the ones who worked them. It wasn’t fueled by racial distinctions. In other words, you wouldn’t have been able to tell a difference by skin color in most cases.

There were a few things that would land you in service by slavery back then. Serious debt was one of these reasons.  For those who couldn’t pay a debt, their families may have to pay it back in servitude. This is still true to a certain degree, for those who are in deep debt. You work and work to pay off your debts. Orphans also had no welfare system or Child Protective Services that we have in place today. There was no government covering for unwanted and handicapped children who were left for dead with no penalty. In fact, it would be the church - led by the gospel in the Bible - who would adopt the “unwanted” as an image of the gospel they trusted in.

Overall, roughly one-third of the populace in this time period was said to have been made up of slaves, and in some places there were more slaves than freemen, which goes to show why the Bible is so fluent in addressing slaves. Slaves/bondservants were sometimes more educated than their masters and managers over estates.  Slaves/Bondservants also could potentially make as much money as the freemen in most cases and were able to acquire their freedom by their 20s and early 30’s if they were brought in as children. Slaves/bondservants were more like what we’d call maids, nannies, housekeepers, and administrators than a “slave” we learned about in American history. Many times, they were loved and adopted like family. Some situations were so good that the slaves preferred their service to freedom outside that given household.  Nehemiah would be an example of this.

Along with Paul and Jesus, we at Legacy vehemently stand against anything promoting the stature and dignity of one life over another. We are against slavery - and so is the Bible we stand by.

So back to the original question: why didn’t Paul call for a major revolution against this bondservice/slavery?

Upending this servitude would have done great harm to those in service. Without a way to curb civil matters of debt and injury death and violence would replace it. Orphans would also be left for dead in vast numbers. Remember, there was no welfare or state’s care. No government programs existed to shelter those cast out by society.

The Bible is not pro-slavery as we understand it through the American experience.

To hear this taught in sermon form click here.

Posted by Luke Thomas with
May 14, 2020
in Pastor's Thoughts

What is a DNA Group and why do I care? 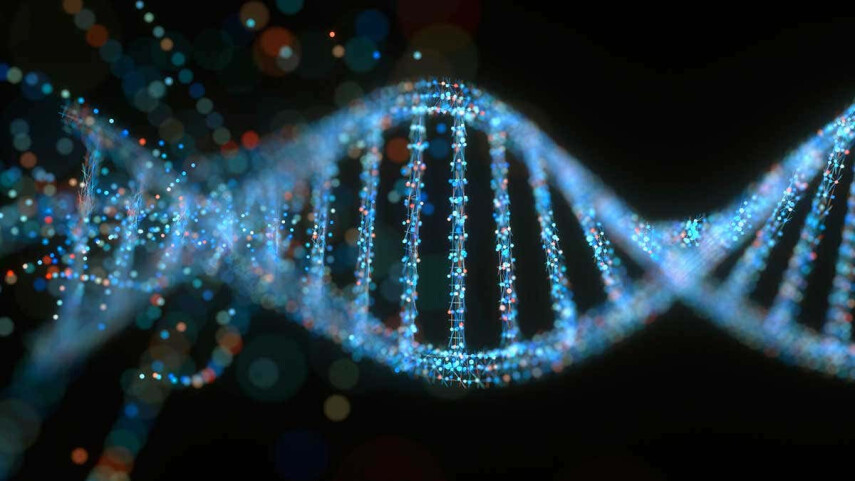 Hey everyone, I miss you a ton and wanted to encourage you in a healthy direction during this time of distancing. I know we can use as much encouragement as we can get. As it’s been said, “No one has ever been over encouraged.”

I told a friend the other day that I probably couldn’t afford the quality of audit and consultation this pandemic has given me. What I mean by that is all of my best attempts to build a life and a family and a church is being exposed in both good and bad ways. Maybe you’ve sensed the same. We’re all being audited to some degree. Our best and worst efforts are on display.

And maybe you’ve been tempted to feel shame for where you feel you’re lacking. Don’t. There’s no room for shame in the gospel-centered life. None. Condemnation for the believer died on the cross. We’re free to take what we’re learning right now, celebrate grace, and move forward.

With the removal of large gatherings and a normal Sunday morning rhythm, our relational depth is exposed by this audit. Some of us are doing life so tightly with others that COVID-19 didn’t create an issue relationally. Taking it in stride, some of us have continued to Zoom or call our way through this, driving quality into your times.

Some of us however are realizing over the weeks however how much we relied on a Sunday morning to build tight relationships. Once that rhythm disappeared, the loneliness started to creep in.

I miss Sunday too. Badly. I miss seeing your faces. I cry over it often, but Sunday was never the bedrock for my relationships. There’s simply no way anything deep can be built in the 9 minutes before a service and the 3.5 minutes after service while the kids are melting down.

Here’s my encouragement: Build or nurture tight life on life relationships in this time, while we have the time to focus on it. In Hebrews 10:24–25, we hear “And let us consider how to stir up one another to love and good works, not neglecting to meet together, as is the habit of some, but encouraging one another, and all the more as you see the Day drawing near.” There is no pandemic clause here.

Life-on-life gospel centered relationships are our norm as a church. We call these DNA groups. I’m sure other healthy churches call them something different. It’s an acronym for Disciple, Nurture, and Accountability, They are not hyper masculine confession booths to be cleansed, but gospel environments where we can be known deeply.

They are smaller (one one one, or one on few) gospel-centered and gender specific groups that allow a much deeper peer discipleship moment providing the most exposure to gospel ministry.

Some of you are already in one. Some of you have been meaning to get around to it. Some of you have had no intention to do that but are yet lonely. I’m in a couple DNAs myself, and they do the heavy lifting that a service struggles to do. These groups can meet anywhere anytime now. Without kids, and without a ton of administration they are highly portable.

Here are some great ground rules for a DNA group:

Friends, this is our normal for quite a while. With churches struggling to find ways to gather where it makes sense, this is the best way to stay connected, growing, and known. Even with churches regrouping a semblance of their Sunday services, we’re having to ready ourselves for a yo-yo effect in case we have to flatten the curve and again go into social distancing, which is expected by many. With so many question marks - we can all do this right now and we can do it well.

The #1 reason I hear from people as to why they aren’t in one is that it’s hard to find one. Agreed, they are hard. Then again, if it was easy, you wouldn’t value it or grow. I’m glad it’s hard to pick up the phone and start one. I’m glad it’s hard to be committed to one. Hard things bring value. If the people you’re trying to connect to are hard then it’s exactly what the author of Hebrews had in mind. The gospel is perfect for these groups.

If you need one of these groups, contact your COM leader. If you aren’t in a COM group, click here and let us help you find one. Be committed to these tightest of relationships in this season.

Posted by Luke Thomas with

Acts: How do I discern God's will?